The website light-questions clarifies the ills of our modern lighting, and is actively working to ensure that there is still healthy light available in the future. You too can help!

Here is a little preview of topics of light-questions

Light is one of the most diverse phenomena in the universe.
In all ancient cultures, light was considered divine. With the emergence of modern science in the sixteenth century, the cosmic holistic qualities of light gradually began to fade.

Light on its own is invisible, yet it makes everything visible. It is, along with water, the foundation of all being on earth.


The photon (from Greek φῶς phōs, genitive φωτός phōtos “light”) is described as the interaction particle of the electromagnetic interaction and occasionally also the term light quantum or light particles is used. In the double-slit experiment, it becomes clear that science has not understood light. Sometimes it behaves like a particle, sometimes like a wave, depending on the observer.

But is light really just the “visible part of electromagnetic radiation” as taught in schools?

“I want to spend the rest of my life thinking about what light is.” – Albert Einstein

“Matter is a phenomenon of the connection of light rays that oscillate back and forth. It freezes them in a pattern, so to speak. Matter stands for condensed or frozen light.” – David Bohm

“And to the question: What is this a basic matter of our earthly existence? – replies the spiritual science: Every matter on earth is condensed light! There is nothing in material existence that is anything other than condensed light in some form. Therefore, you see that for the one who knows the facts, there is no theory to justify, such as the nineteenth-century vibrational hypothesis, in which one tried to represent light with means that are themselves coarser than light. Light is not based on anything else in our material existence. Wherever you touch and feel a matter, you have condensed, condensed light everywhere. Matter is essentially light.” – Rudolf Steiner

The effects of electric light and its consequences

The brightening of the night sky over the big cities is a phenomenon of the past fifty years. In the metropolitan areas, so-called light bells form over the cities, which can extend for example in a city of 30,000 inhabitants over 25 km. Street lighting, neon signs, floodlights and industrial lighting, as well as the high beam of automobiles, and especially the skybeamers and laser shows that shine directly into the sky continue to contribute to vanishing of the night. – NASA’s pictures show that it is unlikely to get any better over the industrialized countries of Europe, America and Asia .1 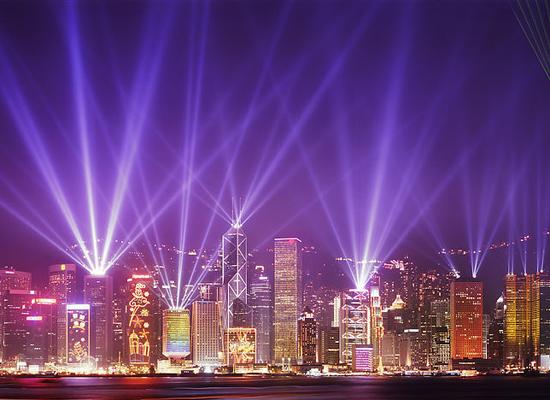 sometimes called “skyglow”, is a special kind of pollution, the consequences of which are already quite dramatic. On clear nights, researchers from the University of Berlin2 report, it is ten times brighter in a big city like Berlin than it was 150 years ago, and it is rising. If the sky is cloudy, then it is often not really dark, it remains a dark orange glow – so to speak reversed world, because it used to be brighter on clear nights by the starlight than cloudy. The rate of light pollution increases between 0% and 20%, depending on the country, and averages 6% annually in the industrialized countries of Europe, and sometimes significantly higher in some cases.3

The consequences are manifold: plants are influenced in their growth cycle, the nocturnal orientation of migratory birds is permanently disturbed, insects burn billions in the bright street lamps.4 There are also consequences for other animals: water fleas, for example, usually rise in the dark of the night (if the risk of being eaten by fish is low) on the surface of the lakes and feed on the algae and bacteria present there. When the nights are brighter by artificial light, the light penetrates into the dark waters. It becomes too risky for the fleas to surface, so they stay lower in the lake and consuming less algae – thereby affecting the entire ecosystem of the lakes.5

This photograph was produced by European Southern Observatory (ESO).

astronomers: in the meantime, “dark parks” have to be set up in order to be able to observe the night sky at all undisturbed. The Dark Sky Association is committed to preserving and setting up such dark zones worldwide and issues an annual atlas of current light pollution.6 But not only astronomers have a problem, culturally we are also threatened with a real loss. The observation of the starry sky gave humanity orientation for millennia, the stars enabled the discovery of new continents, they were used to determine the time and to create calendars. Today, many people have little opportunity to experience a real night sky: only a fraction of all stars can be recognized in the lighted night sky, and the Milky Way is now no longer visible in many parts of Europe.

the influence of electric light is on humans becomes clear in a study by Richard Stevens of the University of Connecticut7: According to historical data, humans had two consecutive sleep phases in the night, with one awake phase in between. Since the introduction of electrical lighting, sleep has been compressed to a single, seven to eight-hour period. Other consequences of artificial lighting for health are being investigated worldwide.8 Disorders of the day-night rhythm, veritable sleep disorders and changes in the hormone balance have already been demonstrated, and diseases such as breast cancer, obesity, diabetes and depression are becoming ever brighter since the beginning related to the modern age. The consequences of the loss of the night are profound – for man and for the whole world.

Studies on the effect of artificial light on humans and nature

In and around the light was and is being researched in many places. It deals with scientific and humanistic questions of knowledge, health aspects, creative concerns, technical progress or artistic problems. Our focus and competence is on the question of how light, especially artificial light, affects the life forces of man and nature. Again, two areas have been identified as priorities. For both in schools and in the food trade decisions have to be made by the state’s guidelines on energy efficiency. The time limit of some financial support programs for a conversion to LED lighting provides additional pressure. But in such sensitive areas as schools, which are responsible for adolescent adolescents, and the food trade, which, among other things, require careful storage to keep us healthy, questions must be asked: What light is good for our children, our food? How does the new LED lighting work and what works in the light? Is there a difference in the quality of light that can not be attributed to technical-physical parameters? Dr. Uwe Geier and Markus Buchmann, who have carried out the most studies, report here on their results.

In the course of the energy turnaround, there are considerable state subsidy opportunities for a more energy-efficient lighting of schools and classrooms, which can usually only be achieved with the conversion to LED. But not all teachers (and students) feel comfortable under the much brighter, directional LED light. What are the qualitative differences to other types of lighting? And how does the light in the classroom affect the children’s development, their cognitive abilities, imagination and creativity? 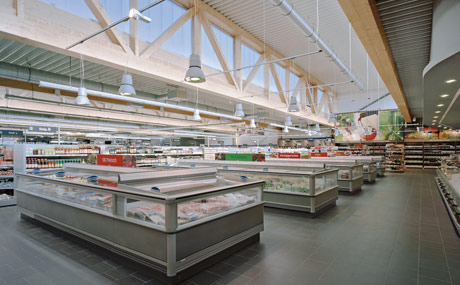 Light plays a big role in the growth and growth of plants. Too brightly stored fruits and vegetables quickly loses its freshness, mustard and cheese discolour with excessive exposure to light (photo bleaching). In the case of meat, specially colored light is now used to preserve the impression of freshness as long as possible. What can be said about the effect of different light qualities on food? How does light, above all LEDs, affect the vital forces of our food – and thus also indirectly to humans?

Here you will find an overview of the studies that have been done in connection with the light research of Markus Buchmann and Dr. med. Uwe Geier were created.

In the near future, the EU wants to further tighten the energy efficiency requirements of light bulbs – leaving only the LED behind.
Your vote counts! Help save the warm light and sign the petition for healthy light:
www.change.org/wahlfreiheitgesundeslicht

Any cookies that may not be particularly necessary for the website to function and is used specifically to collect user personal data via analytics, ads, other embedded contents are termed as non-necessary cookies. It is mandatory to procure user consent prior to running these cookies on your website.